I have recently started teaching myself how to sculpt with polymer clay. It makes a welcome change from designing jewellery – I also find it way more challenging. To teach myself the basics I have used a book by artist Katherine Dewey called “Creating Life-Like Animals in Polymer Clay”. She also has a book on how to create like-like people, but as I love animals I bought this one. The author uses clay in various “animal” colours, but all sculptures are also painted with acrylic paint to give them a more realistic look.  The big learning curve when creating sculptures with polymer clay is getting used to making armatures which are covered with clay. This has the advantage that with bigger animals you use up less clay and baking time. Most commonly used for armatures is aluminium foil which gets crumpled up and shaped before being covered. Dewey also uses thin card board for the ears and wire for the tails or to attach body parts to each other. And all eyes are pre-baked (not beads). 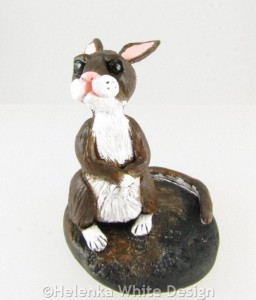 The sculptures I re-created from this book are fairly big and very complex to make. They take days to complete.

I didn’t work my way through the book, just chose projects I liked and which were medium to difficult to sculpt. The first one was a small deer mouse. The challenge with this mouse is the fact it’s very small compared to the other figurines and the smaller it is the harder it is to get the details such as the paws right. To support the mouse it has a rod inside which is attached to a base. The only pre-cooked parts were its eyes and the tail which was also attached with a wire. After baking the whole figurine was painted and the nose and eyes varnished. I think for my first attempt at a realistic sculpture this is not bad. 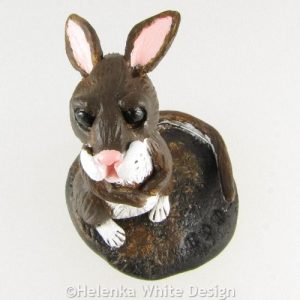 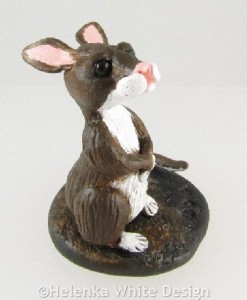 The next sculpture I created with the book was the rabbit or brown cottontail as she calls it. A lot of clay was used for this – but the rabbit also has a lot of aluminium foil inside its head and body – to save clay and baking time. I found the paws tricky to form and to generally get the rabbit fairly symmetrical. I know it isn’t. The only pre-baked items were the eye balls which you can hardly see as it has its eyes almost completely shut. When I posted photos of this rabbit on FB I got a lot of positive feedback. 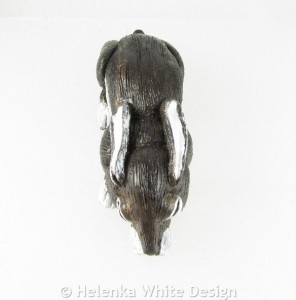 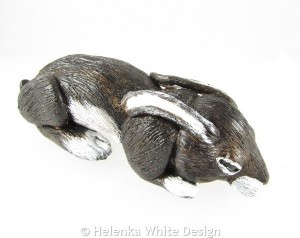 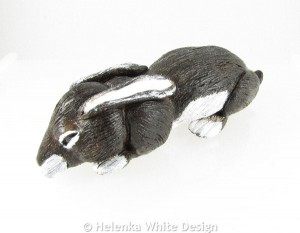 I love seals, my third project was also the third project in the book: a harp seal. Like the rabbit this is a fairly big sculpture and needed armatures for the head and body. Still a lot of clay was also necessary for this one. The trickiest bit was the head- obviously I wanted it to look as cute as possible. Also a little frustrating was the fact that I used a mixture of ecru and white – which attracts lint and fluff. Unfortunately it’s impossible to prevent this from happening. So I was quite happy to paint over it. 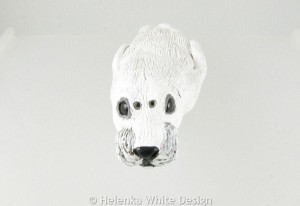 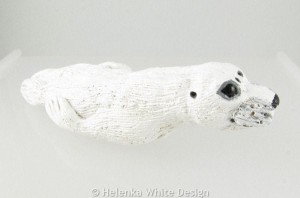 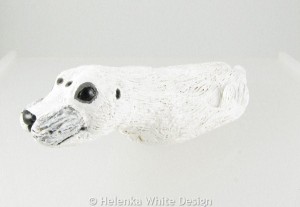 The next project in the book was a massive brown bear which needed a lot of clay. I gave that a miss and skipped over several projects to finally have a go at creating this Siamese cat. And it was so difficult! Not only had it armatures for the head and body, but I also had to pre-bake the front paws. I really struggled with them and I ended up changing the pose to a simple sitting pose. One of the problems I found with learning from the book was to get her measurements right – this is important for the proportions of the animals. She uses a specific measurement of one ball and then she tells you to use half a ball or a quarter ball etc.– the smaller it gets the trickier. Unlike the other sculptures I had to paint the eyes of the cat in blue and add black pupils. I struggled a lot with this task and painted the eyes several times until I was happy with them. My hands are not the steadiest. 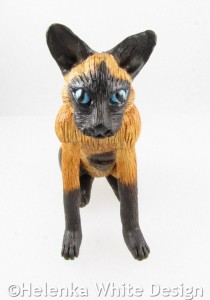 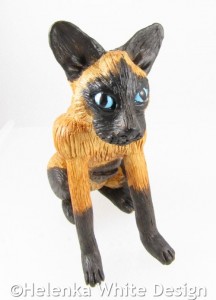 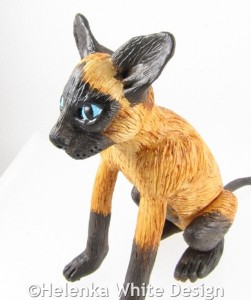 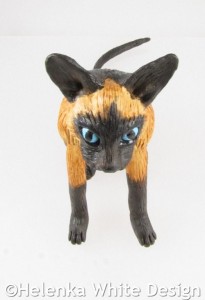 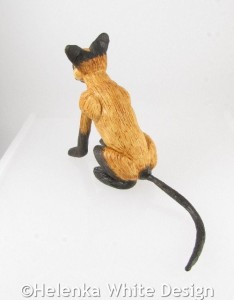 Creating life-like sculptures is challenging and time-consuming. If you’d ask me how much I would charge for sculptures like these I would really struggle, because so many hours were involved in making these. I also found that the clay I used was too soft for the task and I had to leach the clay to make it workable. I used Premo for these. If I make more life-like sculptures in the future I might try this with Super Sculpey Firm clay and paint them.

I really enjoy sculpting and it’s satisfying to see the end results.  In the next part I am sharing with you my recent sculptures which are not necessarily life-like, but simplified and cute versions of various animals I made in the past few months. Those were all designed by me and with each one I took notes and photos of the process so I can recreate them using my own measurements as guidance. 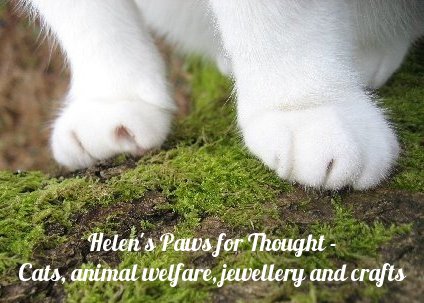